The Be-PrEP-ared study is a feasibility study of the Institute of Tropical Medicine in Antwerp, about the use of “Pre-Exposure Prophyphlaxis” (PrEP), as a potential addition to the existing HIV-prevention strategy in Belgium. In this study 200 men who have sex with men (MSM) will be followed up for 18 months, while using PrEP medication to reduce their risk of acquiring HIV. This website provides more information about PrEP, the study and the research team.

PrEP is available in Belgium since 01/06/2017 and will be reimbursed by health insurance for persons who are at increased risk for HIV, when provided by an AIDS reference centre. For more information, please see this page.

Pre-Exposure Prophylaxis (PrEP) is considered to be one component of an HIV combination prevention strategy, comprising both medical and behavioural measures. PrEP has recently been introduced as a new method to reduce the number of HIV-infections. PrEp – usually a pill – uses antiretroviral drugs to prevent new HIV-infections among people with a high risk of acquiring such an HIV-infection. Recent studies in England (Proud-studie) and France (Ipergay-studie) demonstrated that PrEP can be highly efficacious in preventing the sexual transmission of HIV among MSM.

The objective of this study is to explore the extent to which the use of PrEP among MSM in Belgium is feasible and acceptable. We aim to gain insights into PrEP adherence, the experiences and attitudes of MSM concerning the use of PrEP and HIV prevention or prevention of sexually transmitted infections (STIs), as well as the effect of PrEP on other prevention methods (such as condoms) and STIs.

The Be-PrEP-ared study is a demonstration project of the Institute of Tropical Medicine in Antwerp, supported by the Agency for Innovation by Science and Technology, and the drugs were donated by Gilead. 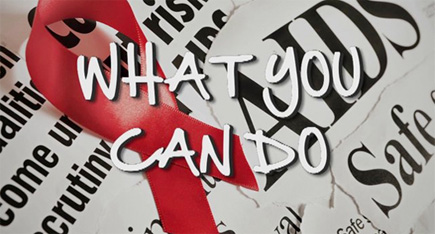 “As an organization that aims for optimal HIV prevention, we welcome this study. As in other West-European countries, the number of new HIV infections among gay men remains high. And PrEP would be an important additional measure for protection for a certain group of men.” – Chris Lambrechts – Director of Sensoa

“We are glad for this study to be undertaken, because therefore PrEP can be integrated into the HIV prevention strategy in the long run. Particularly for a small group of gay men who have the intention to have safe sex, but in some circumstances however do have unsafe sex, PrEP offers extra protection. Every addiotional strategy to reduce the number of new infections needs to be studied.” – Jeroen Borghs – spokesman of çavaria